12 months ago, and Claires Court was enveloped in snow and the Beast from the East was wreaking havoc on journeys to school and sports fixtures. These last 14 days have been eerily warm…...

…...with artists in short sleeves out in the school grounds, and Head of Cricket Mr Hammerton, beginning to swing his arm over and dust out his batting gloves. There’s little warmth in an Englishman’s heart for the loss inflicted on our nation’s Rugby team by the Welsh last weekend, but the extraordinary antics of our cricketers in the West Indies reminds us of the ability of sport to extend the boundaries of human achievement.

I have been encouraging our former pupils to share with us recent photographs of them in action throughout this year, and the new staircase ‘gallery’ shows a wide range of professionals in their ‘uniform’, getting about their business and where possible changing our perceptions of human endeavour. One of my early Head Boys (1982), Richard Davison, now serves with the RNLI on the North Welsh coast after an military career in the French Foreign Legion, whilst another, Joel Forrester, shows us what his work looked like as a senior member of the Special Branch, before his recent retirement to set up the charity, Hockey for Heroes. Adjutant Vandita Ralhan serves in the British Army, where her work as an anaesthetist doctor within the NHS was used to celebrate their 70th anniversary last year. You can see the whole series here, and I’m hoping this March ‘gang’ will be able to visit the school during charity week and inspire us further in our efforts to raise funds for our chosen causes.

Monday’s assembly (http://schl.cc/4p), entitled ‘Elective action, having a care and making a choice’ introduced our former pupils as examples of adults who have chosen to make a difference to the lives of others. You can see their photographs within the presentation above, as wide and varied a group of adults as you could wish to find. You can also view the remarkable video (first cut) produced by Year 12/13 to support the school’s global charity this year in The Gambia, where we are supporting the establishment of a new school offering further vocational education to young Gambians with ambitions to become Doctors, Nurses, Teachers, Politicians and such like, without which academic support would have no chance of realising their dreams. Currently the Senior Boys year groups are completing their choices of local charities to support in parallel, and I hope next week to announce those in this bulletin.

The half-term challenge to the boys was to post a photo of their own significant educational achievement over half-term, and the winner is Rhys Welsford, who gained his PADI certificate. 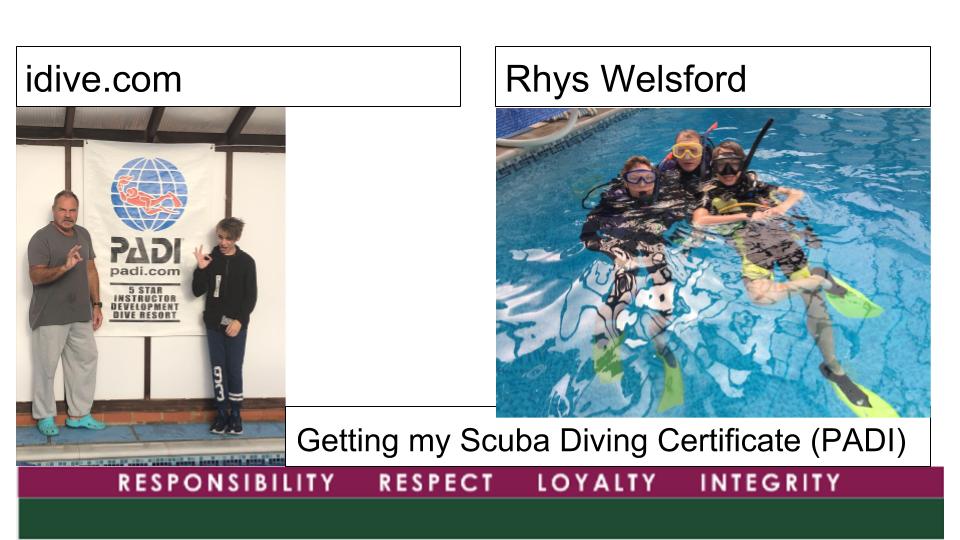 Equally remarkable was the performance of George Broadbent, who competed in the English Field Archery National Championships on Sunday 17 February; he is now the Junior National Champion for Barebow Recurve.  George’s achievement is now celebrated on our other staircase gallery, as a first for us ever, joining the other major firsts already seen since November. 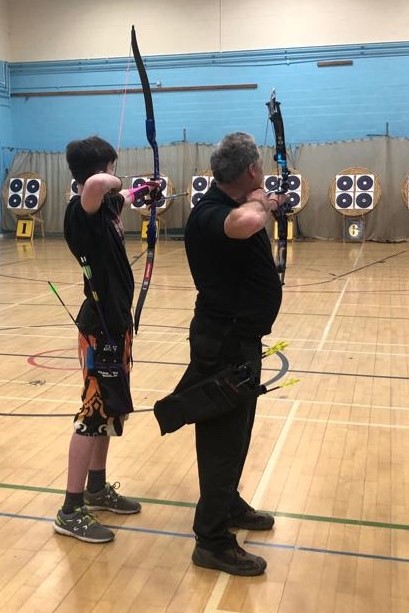 And finally, on Monday after school at 4.15 to 5.15 pm, parents of B11 boys willing to assist in the planning and execution of the Summer Prom after their GCSEs, are invited to join me and our committee.  I am very proud of the current Year 11 and am delighted to support this opportunity to promote further their social development together.