As you’ll have gathered, led at Monday assembly and through discussions during the week, we are keen to show our concern for and sympathy with the country of Ukraine by holding a Non-Uniform day today.

Whatever the rights and wrongs of the situation, these are adults, children and families sundered from their normal lives for reasons beyond their control.  Today the students requested that they attend school in their own home clothes rather than uniform, with £2 per child donated to the Ukraine Humanitarian Appeal.

On Thursday next week, Year 10 are to swap their normal morning science lessons (Periods 1 & 2) for a morning spent with our Tiny Forest project in the fields at Junior boys. As the boys and girls will be helping with the planting of 1500 small saplings, they may attend school this day in their own clothes suitable for such an outdoor activity, and will need to bring boots/ Wellingtons and have a change of footwear so that they can work normally indoors at school from 11.30am onwards. Arrive normally at school for Registration, transfer to and from the site will be by school coach.

The 1st Quad season of successes continued 10 days ago by winning the Hammersmith Head at Putney. The crew attended the prize giving on Tuesday, and as the photograph shows, they don’t look in bad company, alongside triple Olympic champion Andrew Triggs Hodge (2008 Beijing, 2012 London, 2016 Rio). 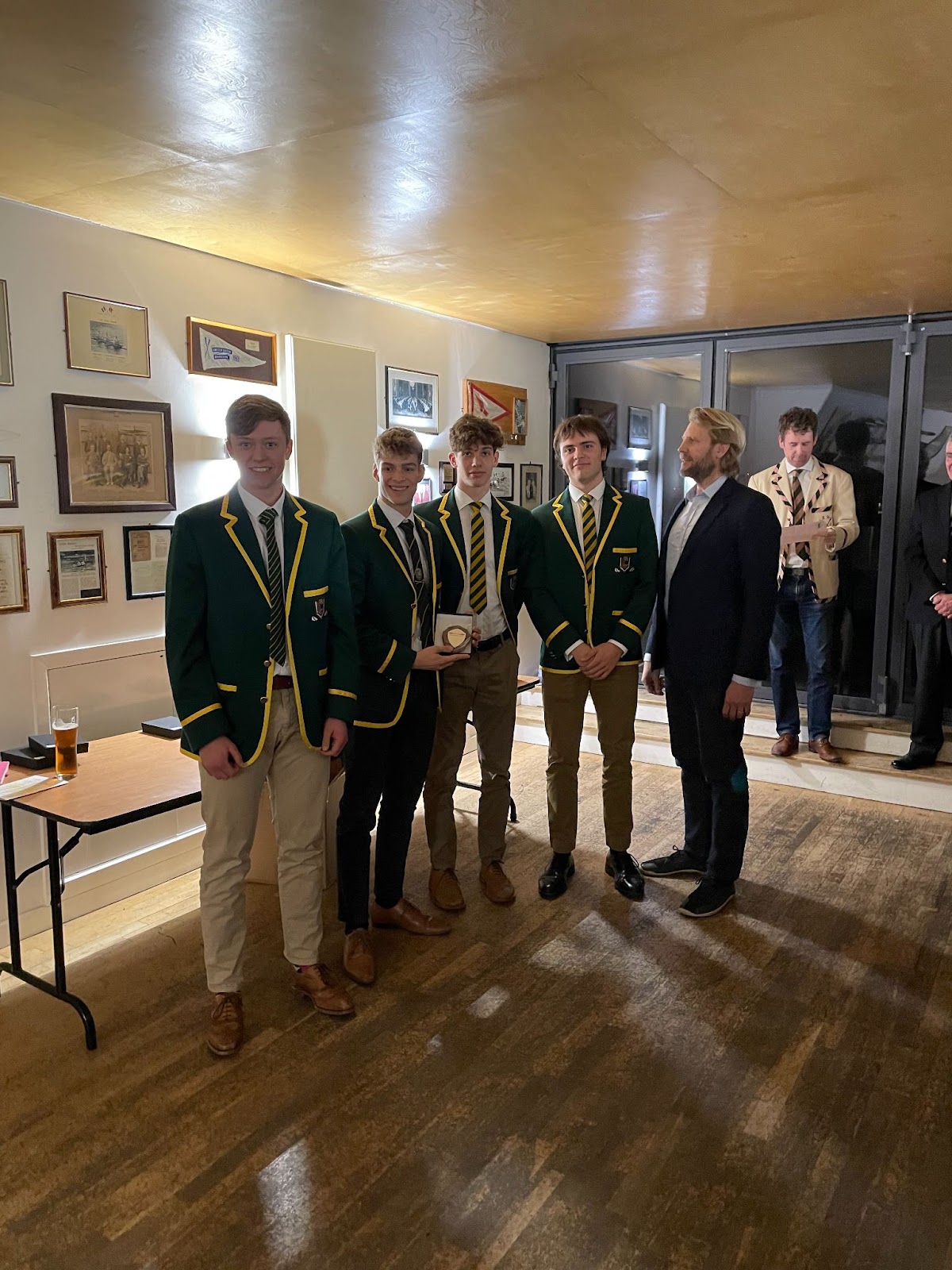 We wish all of our crews racing in the National Head of the River races next week (Monday or Wednesday depending on age) the best of luck - boys and girls have trained so hard and well this season!

With best wishes for a good weekend.