The best news of all from this last week comes from the school’s world of rowing. Our two quads were selected as seeds for the finals, and the Eight qualified in the Friday time trial the previous Friday.

17 rowers qualifying for Henley is ‘Making History’ in its own right, for both quads to make the weekend semi-finals had them racing to their ‘finals’ on the Saturday we thought. The Boys had a really close race against Windsor Boys B, enjoyed by all those watching in ‘Stewards’ and in the end thrilled to have got that far, losing by 1 ¼ lengths...

The girls though - well that was ‘Unbelievable’!

That word that epitomises the trajectory of progress and achievement the newly crowned Diamond Jubilee Cup Winners have accomplished! Their racing was described as ‘supreme’ and they picked up the nickname ‘giant killers’ during their exploits! In just three short years girls rowing has accelerated from a standing start to this glorious win on finals day at Henley Regatta 2022. Rebecca, Nuala, Hannah and Jemima are modest yet mighty, humble yet heroic. Their race will be talked about for years to come and the inspiration they are to others a fitting legacy, especially for Hannah and Nuala who have completed their Sixth Form studies and have been awarded rowing scholarships at Brown and Minnesota Universities respectively. 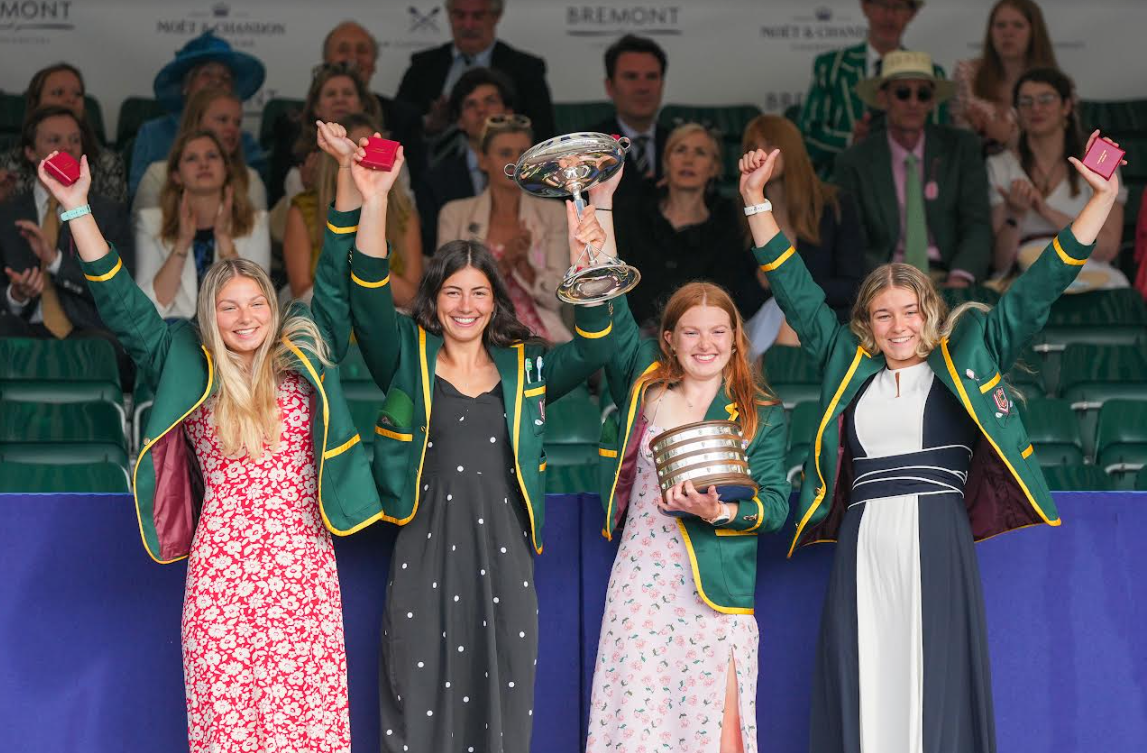 Beating Trentham on Friday, local rivals Shiplake on Saturday in the rain and then their brilliantly executed plan to beat Redwood, USA in Sunday’s memorable final was simply amazing and Claires Court staff, pupils and students shouts of ‘come on Claires Court’ were ringing out by the Thames and in towns and villages across the region.

Congratulations to every single rower and to each coach who played their part, namely Mr Jesseman, Mr Richardson and Mr Jost. And to the unsung heroes too, yes the parents who keep unsociable hours, make bacon sandwiches at ungodly times in the morning and drive their children to and from the water and the ergos. Success is a team effort!

For Senior Boys’ more local sports day on Thursday this week, our four houses were out in full fettle, with terrific competition in every age group, whether track or field. Many thanks to PTA President Phyllis Avery MBE and Mrs Stevens-Frankle, together with her son Felix and fellow senior prefect Turrell who made sure that the boys efforts were well rewarded with Gold, Silver and Bronze medals, as well of course with points towards the House competition for the Athletics shield.

And finally, as this term comes to an end, we are hosting the Year 7 and 8 drama festivals, an opportunity for the boys to showcase their acting, directing and play making skills. I know for these younger boys, this term has helped them recover from the lost opportunities of the recent past, gain new experiences at secondary school and learn how to compete and collaborate successfully together. The reports released next Thursday summarise their academic progress, and we look forward to activity week completing those opportunities to try something new and excel. Do all enjoy the summer holidays beyond, and I look forward to taking a break as well.