RAF Hendon, Quiz practise, Ocarinas and Eleven's Club - all in a week's work!

This week the girls have continued to achieve. Year 6 were introduced to Eleven's Club; a maths activity which aims to see girls work through answering 11 mathematical questions in 10 minutes, leading to 22 questions, 33 questions, 44 questions and so on... it's really quite challenging. Year 5 were introduced to their ocarinas which was met with much excitement! As well as this, the class visited RAF Hendon where they learned a lot about WW2 and experienced an air raid. Equally impressive as the girls' thirst for learning, was the comments made by members of the public who took the time to speak to Miss Philp about the girls' behaviour and manners - well done Year 5! Year 1 this week have been writing exciting dinosaur fact files after travelling back in time to the pre-historic era!

Also this week, I held an Onward Schooling information evening for our Year 5 parents. I included information about Senior School options and Mr Wilding and I also spoke about our own Claires Court Senior Girls. As part of this presentation, I asked the class what they would like their secondary school to be like and this is what they came up with: 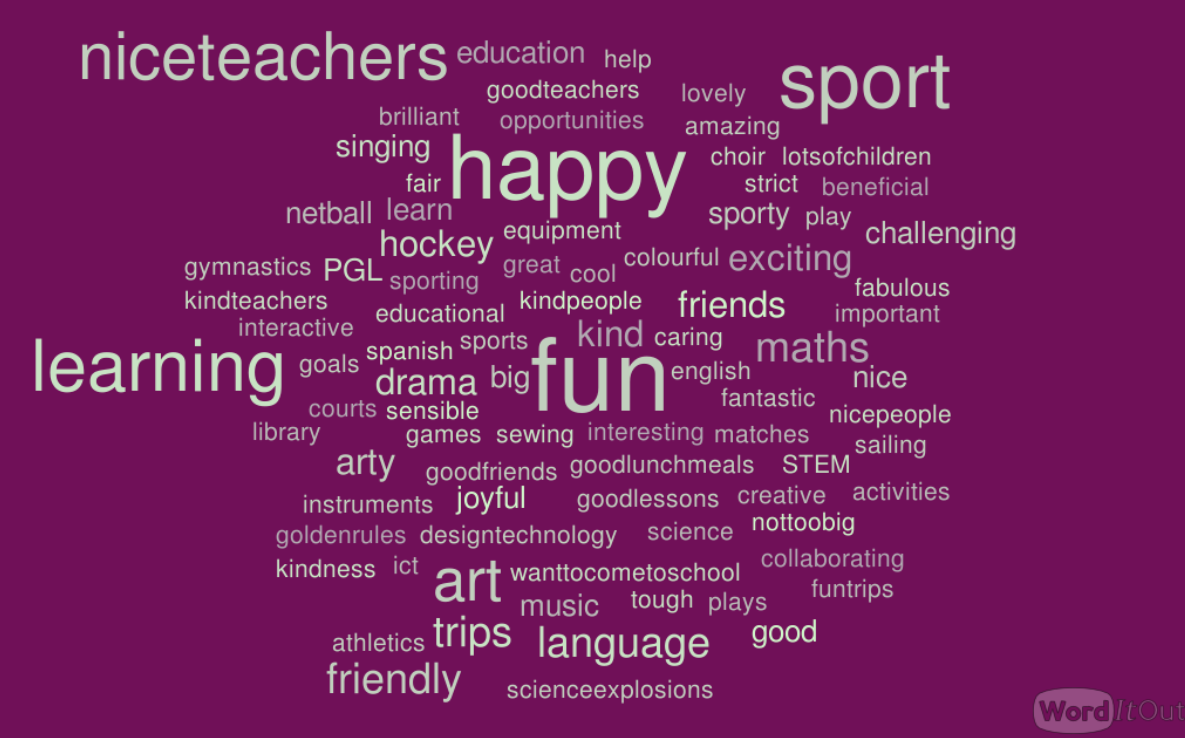 I thought it would be interesting to ask each class what they thought made a good school. I will share these next week.

Good luck to Rhiannon who competes in the ISA National Swimming Competition this weekend, representing the London West region.