We were delighted to welcome England hockey gold medallist, Ellie Rayer, when she returned to school to present us with a Team England 'Golden Gateway' plaque, recognising Claires Court as her personal gateway into hockey.

The special plaques are part of a legacy-leaving initiative launched 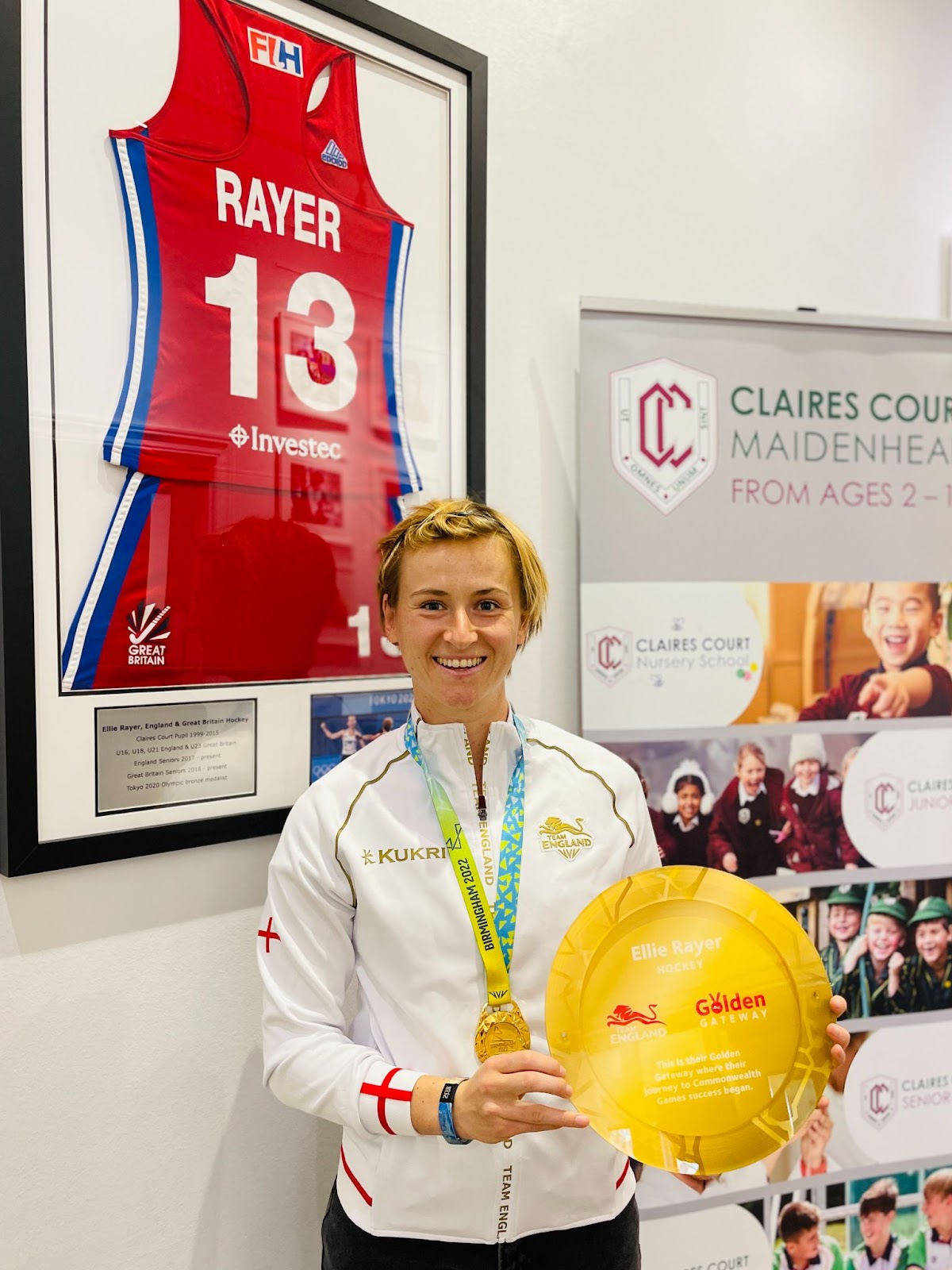 by Team England after its most successful Commonwealth Games to date. Gold medallists are asked to nominate the sporting venue that has had an impact on their sporting journey, and we were thrilled that Ellie chose Claires Court!  Ellie was a student with us from Nursery through to Sixth Form, leaving in 2015 to study Sports Technology at Loughborough University. On presenting the plaque to some budding Year 7 hockey players, Ellie Rayer said

The school has been a huge part of my journey. It was where I first picked up a stick and developed a love for the sport! I feel very fortunate that I have been able to represent my country and travel the world playing hockey. To be able to come back and say thank you and hand over the plaque to recognise the role the school has played in my development was amazing. It was nice to see old teachers and speak to the next generation of pupils coming through about the Commonwealth success and what an incredible home Games it was!

I am absolutely delighted that Ellie feels that Claires Court had such a strong influence in her personal gateway to sporting success and am so incredibly proud of all she has achieved to date. There was never any doubt in my mind that Ellie would succeed, she is still a massive part of our community, and we are lucky to have her pop in to instil that belief and dream in other aspiring athletes.

The girls were thrilled to try on Ellie’s gold medal from the Commonwealth Games as well as her Olympic bronze medal from Tokyo 2020.  Ellie joined the girls in Years 7 and 8 for after-school hockey club where Ellie signed hockey sticks and even gave out some of her old kit along with some top tips for hockey success! 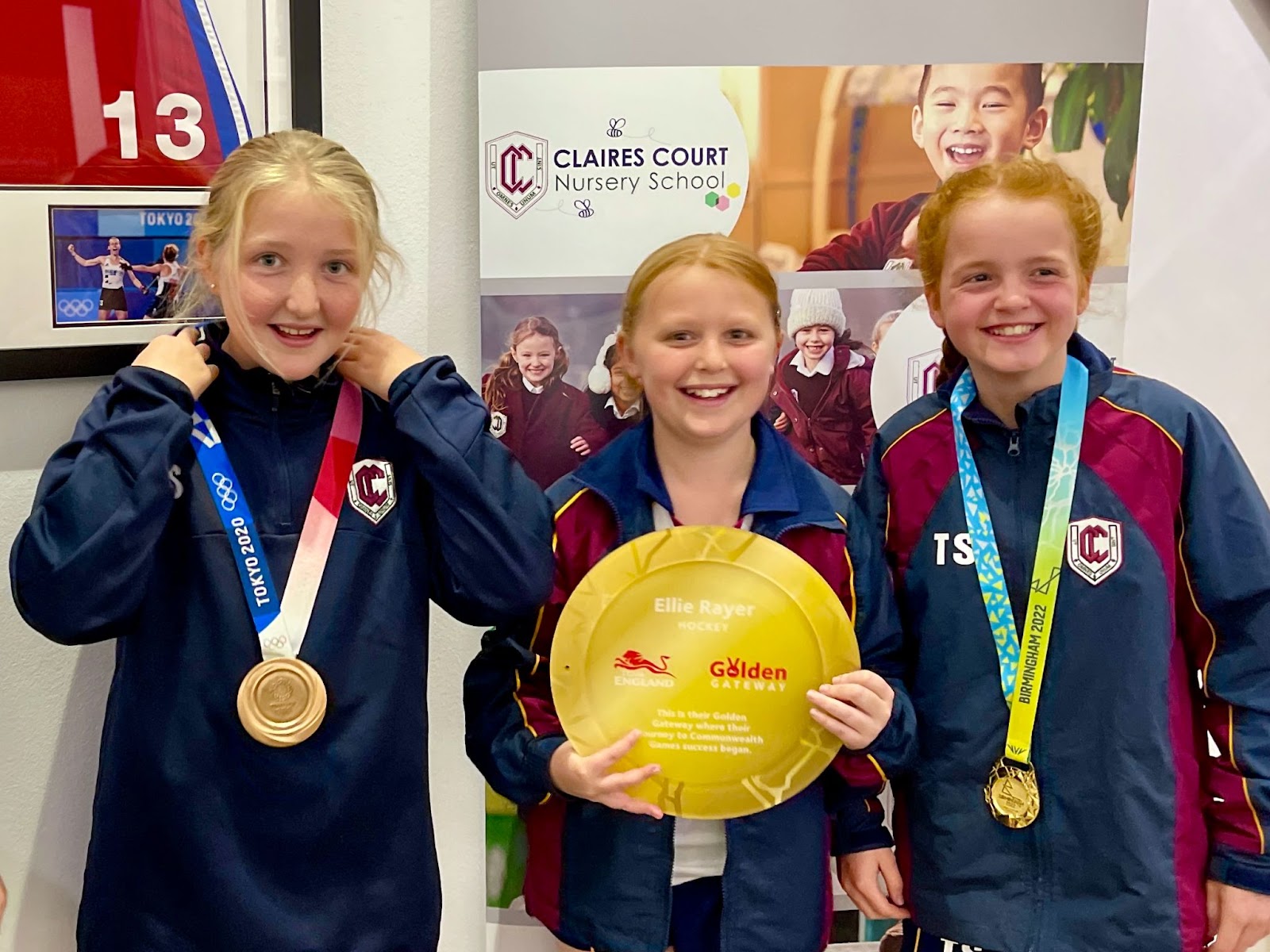 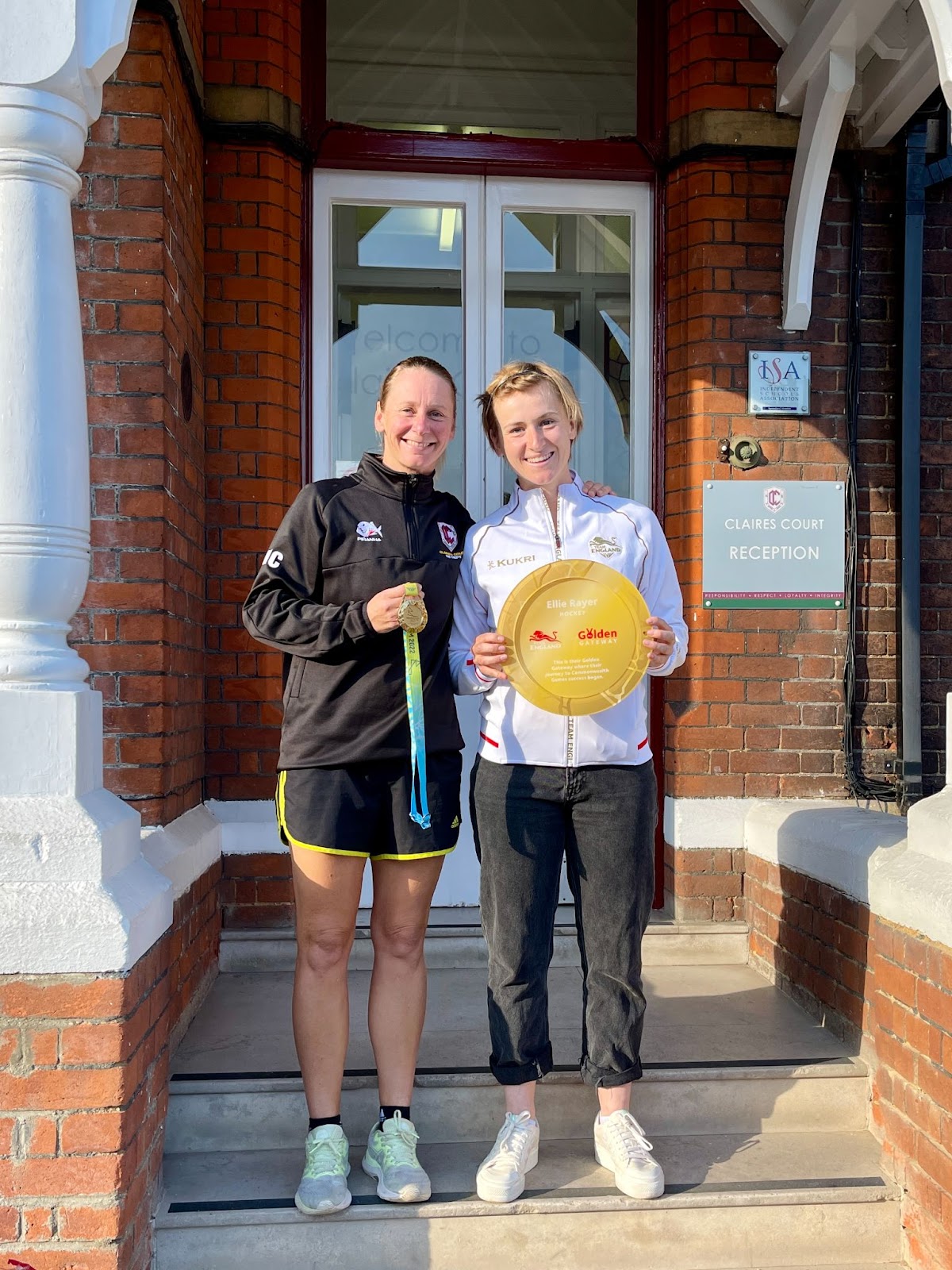 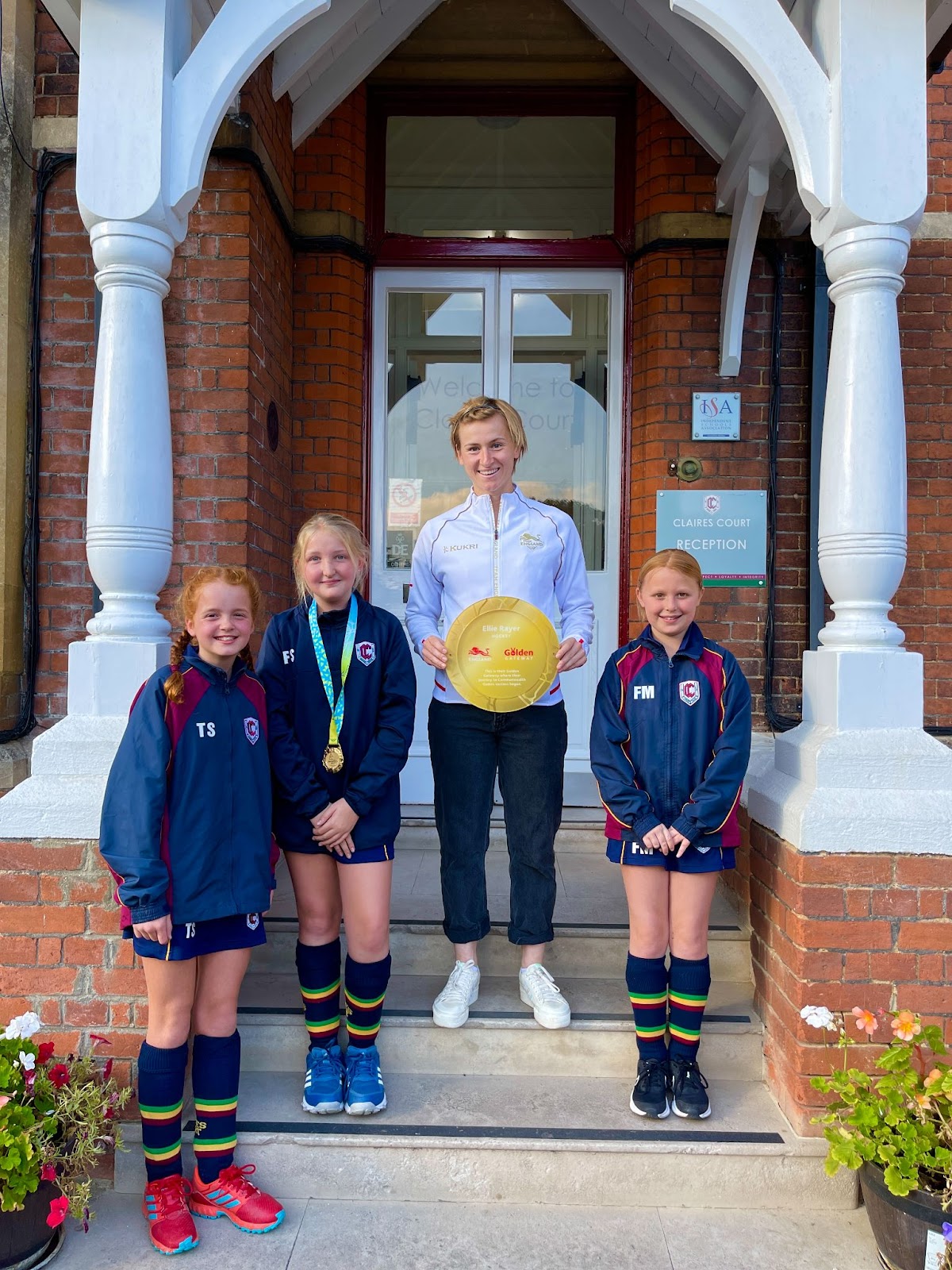