Last week, our Year 7 students experienced a different type of language lesson in the form of an international book fair in the library.

Every year, the Modern Foreign Languages Department collaborates with the library to take delivery of a large box of European children's books under the Eurotoolbox Scheme, which are on display in the library for some weeks. 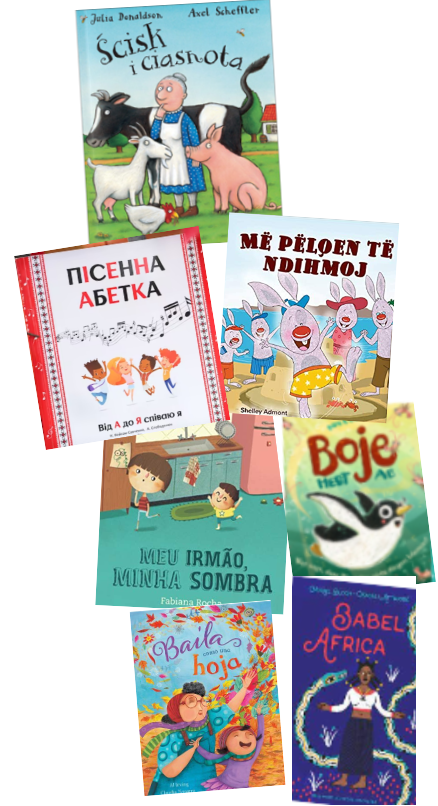 During the session, the Year 7 students looked through the collection of beautiful foreign language books and were set the challenge of finding translations of certain sentences as well as spotting cognates. Before the challenge started, the group experienced the wealth of languages within our Claires Court community with students reading out loud in front of the whole year group: Valeriia in Ukrainian; Leona in Albanian; Julieta in Portuguese; Marcy in Spanish and Katie in Polish.

To celebrate the continuity of language-learning, two A-level linguists joined the group with Suhani reading in Spanish and Oli in French.

It was a wonderful opportunity for students to expand their knowledge of European languages and cultures. 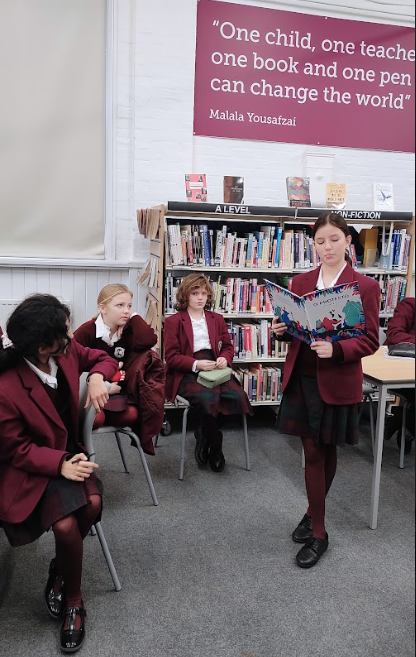 At Claires Court pupils start learning modern foreign languages from Reception where our Discovery of Languages Programme means children are taught a different language each term which currently includes French, Spanish and Japanese. This carousel approach to language is continued in the first term of Senior School where students can learn French, Spanish and German before choosing two languages to continue with in the Lent Term. 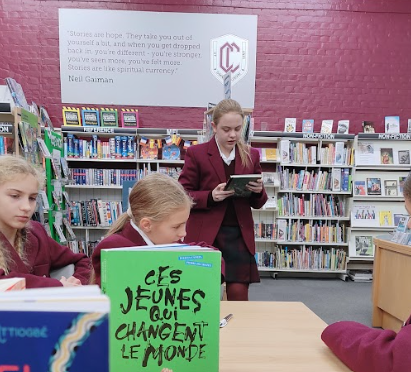 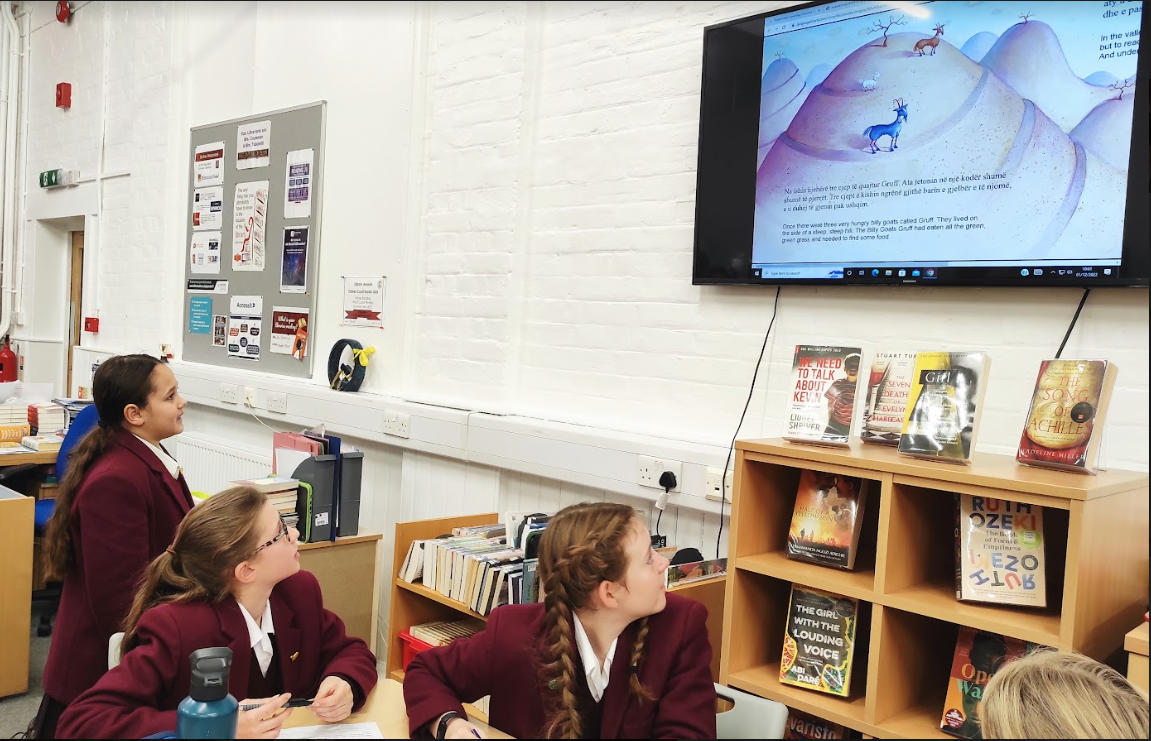 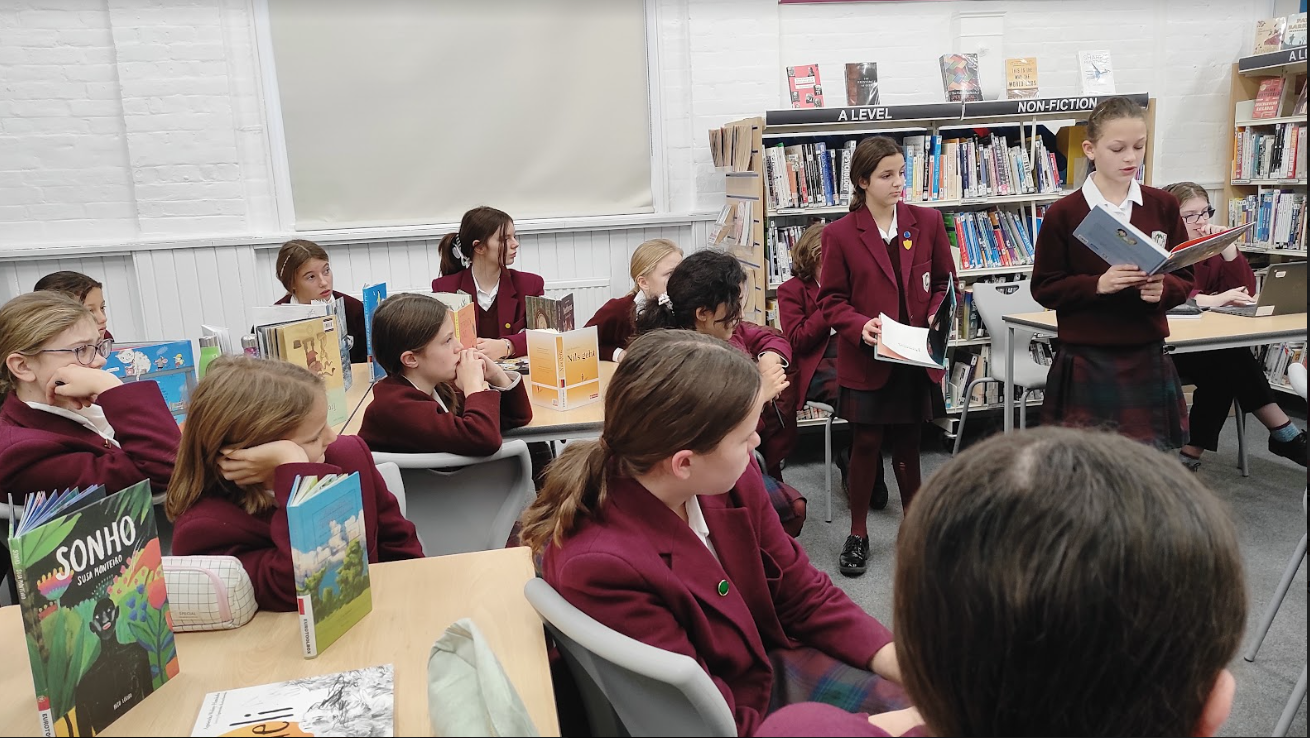